Gallstones form in the gallbladder and consist of secreted substances that pass through the gallbladder, such as calcium. Gallstones can vary in number and size, and it's not always possible to determine what has caused them. They can occur due to a bacterial infection, inflammation or an underlying condition that causes the gallbladder to become sluggish and interrupts bile flow. Bile duct cysts can also lead to the formation of gallstones.

Symptoms Of Gallstones In Cats

In cats, the symptoms of gallstones tend to be at their most prevalent after they eat. Common symptoms of gallstones include vomiting and abdominal pain, which may present as your cat being unwilling to be handled or recoiling when you touch their abdomen. Some cats will also experience loss of appetite, which can lead to rapid weight loss, and jaundice may develop, which will cause the whites of their eyes to develop a yellow hue.

Your vet will diagnose your cat by carrying out an abdominal exam and taking blood samples to check your cat's inflammatory markers and organ function. An abdominal ultrasound will be required to confirm the presence of gallstones and determine how many there are and their approximate size. Pet ultrasounds are carried out in the same way that ultrasounds on humans are. A handheld transducer will be passed over your cat's abdomen and images created using sound waves will be displayed on a linked computer screen for the vet to analyse. An ultrasound can show the condition of the gallbladder, and the instant results given by this type of diagnostic imaging allow your vet to act quickly if any other abnormalities are found, such as a tumour.

Treatment for gallstones will be dependent on the severity of your cat's symptoms and the findings from the ultrasound. Small gallstones can often be dissolved with medication, while large gallstones and those causing a blockage in the bile ducts may need to be surgically removed. Additionally, if a bacterial infection is present, antibiotics will be required, and cats with jaundice may be given intravenous vitamin K1. After treatment, a second ultrasound may be required to confirm the gallstones have been eradicated. Your vet may also recommend diet modifications for your cat, which may include increased protein and reduced fat consumption, to help prevent gallstones from recurring in the future.

If you think your cat may be suffering from gallstones, have them examined by your vet as soon as possible. 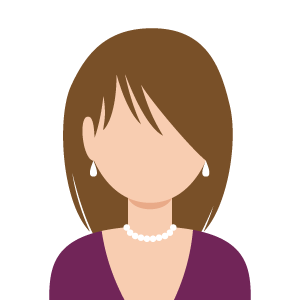 My cat has been with me for nearly 18 years. She has seen out many boyfriends and has listened to me cry into my pillow more times than I want to mention. She's a great cat and I love her so much. Now she is old she is a little slower on her feet, but to be honest, she always slept most of the day! I am having to give her some extra attention and care these days. This blog is all about the things that owners can do to help their older cats stay healthy and comfortable in their dotage.